Using a nanofabricated device architecture for lateral spin pumping, spins in organic semiconductors are observed to propagate long distances of over a micron

Organic semiconductors are a class of electronic materials that have found mainstream use in the printed electronics and display industries. Composed predominantly of lighter elements such as carbon and hydrogen, their electronic properties are easy to measure and are reasonably well understood for their deployment in commercial devices. Their spintronic properties are however not that well known and, at the time we started our work for this paper, most of the reported experiments in organic spintronics made use of a tri-layer device architecture called an organic spin valve. Organic spin valves are easy to fabricate and measure, but the experimental results one gets from them are challenging to interpret. In fact, in the last few years, some of the reported spin transport results from organic spin valves have been shown to have their origin in artefacts from the electrodes rather than from intrinsic diffusive spin transport through the organic semiconductor.

This was the status of the field when we embarked on our work. We realised that if organic semiconductors were to show any potential for use in spintronics, they needed to be understood better, and so we wanted to break away from the existing trend of measuring vertical organic spin valves and attempt other spintronic device architectures that were previously never used with organic semiconductors.

To this end, we attempted several different measurement architectures based on non-local detection schemes and attempted to measure both a spin accumulation as well as a spin current. The measurement of spin accumulation in non-local spin valve architectures unfortunately also proved to be difficult, the root cause being the manifestation of large voltage noise fluctuations on any measured voltage signals within the device. Responsible for this is the intrinsic nature of hopping conduction within the disordered organic semiconductors that cannot be overcome unfortunately, unless the organic semiconductor used sports unambiguous band transport that makes no contribution to flicker (1/f) noise. The success of non-local organic spin-valves also hinges on there being no conductance mismatch issues between an injecting ferromagnet electrode and the organic semiconductor active layer within the device. There is still ambiguity as to whether conductance mismatch is indeed a problematic issue for spin injection across a ferromagnetic/organic semiconductor interface with some researchers saying it plays a role while others claiming that it doesn’t. With this in view, we attempted to make organic non-local devices with various barriers or interlayers between a ferromagnetic injector and the organic semiconductor but were still unsuccessful in probing spin transport in these novel device architectures.

In our search for an optimised device architecture in which spin currents could be probed within organic semiconductors, we then attempted the technique of spin pumping in a lateral device geometry. This technique was used previously to probe the spintronic properties of materials such as silicon, graphene, and a 2DEG. Seeing as the injection of a spin current in such a lateral spin pumping device is generated by the dissipation of angular momentum across an interface rather than by the actual flow of spin-polarised charge carriers, it seems like this technique does away with the challenges of achieving spin injection across a ferromagnet/organic semiconductor interface.

Using lateral spin pumping with highly conductive organic semiconductors showed evidence that spin information is transported over long distances of over a micron. The experimental results were supported using a theory based on exchange enhanced spin transport which says that in the sufficient proximity of charge carriers, the transport of spins is decoupled from the transport of charges and the spins can travel relatively long distances uninhibited by the short hopping lengths in organic semiconductors.

Despite our observations and the ensuing conclusions that we drew from them, an important effect known as the Hanle effect was not observed in our measurements. The Hanle effect provides evidence for the coherent manipulation of spin information as it is being transported in spintronic materials but has seldom been observed in spintronic devices that use organic semiconductors. In the absence of microscopic theories of spin transport in organic materials, the reason for this missing effect is down to speculation and its demonstration is arguably one of the more important open questions in the field of organic spintronics.

This blog post was written together with Dr Deepak Venkateshvaran at the Cavendish Laboratory of University of Cambridge. 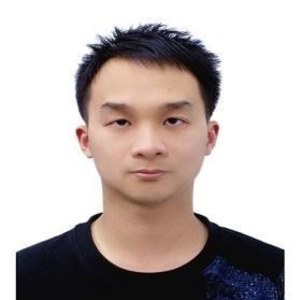