We have recently started to appreciate that chiral crystal structures naturally give rise to topological electronic phases of matter. Now, using angle-resolved photoemission spectroscopy, we have discovered that the structurally chiral crystals RhSi and CoSi host emergent topological chiral fermions.

Take your left hand and try to superimpose it on your right hand—you can’t. This is because your hands are chiral. A structure which is chiral has the property that if you invert it, take (x, y, z) --> (-x, -y, -z), then the inverted structure cannot be superimposed on the original through any combination of translations and rotations. Biologists speak of opposite enantiomers of biological molecules, such as amino acids, to refer to their left-handed and right-handed structures. In fact, many biologically active molecules are chiral and the distinction between enantiomers plays a crucial role in biological processes.

In physics, chirality is also key.

Weyl fermions, which have recently attracted great interest in physics, arise as collective electronic quasi-particles in crystals. They can be associated with a chirality through a mathematical quantity known as a “topological invariant” or “chiral charge”. This charge is quantized to integer values, such as +/- 1. Why do we refer to this charge as chiral? Because it flips sign under inversion symmetry, analogous to the way that an enantiomer of a biological molecule flips handedness under inversion.

We were aware for some time of these two examples of chirality—the structural kind and the topological kind. However, we only gradually realized through many fascinating discussions, starting in late 2016, that the two are in fact intimately related. It turns out that structurally chiral crystals naturally give rise to Weyl fermions (and other related topological chiral fermions) at high-symmetry points in the Brillouin zone. By exploring known chiral crystals using density functional theory, we realized that we had a family of materials in our midst, RhSi and its isostructural cousins, which exhibit an electronic band structure that beautifully exemplifies a topological chiral fermion phase.

Thus, began a journey to both understand the rich physics underlying this novel phase of matter and realize it in the laboratory. The experimental technique of choice was angle-resolved photoemission spectroscopy (ARPES), which allows us to image the electronic structure of crystals. However, we encountered an immediate question: how can we conclusively demonstrate, from our experimental data alone, that RhSi exhibits topological chiral fermions? To meet this challenge, we took advantage of the bulk-boundary correspondence for chiral charge, which states that the bulk topological chiral fermions of a three-dimensional crystal are associated with protected surface states known as topological Fermi arcs living on the two-dimensional boundary. The correspondence specifically requires that when we walk along a path in the surface Brillouin zone which encloses a bulk topological fermion, we necessarily encounter a number of Fermi arc surface states which equals the chirality of the enclosed topological fermion. In this way, the bulk topological invariant is directly encoded in the details of the surface state band structure, providing a natural smoking gun signature of a topological chiral crystal.

To look for this signature of topology, we used the unique capabilities of synchrotron-based ARPES at the Advanced Light Source of Lawrence Berkeley Laboratory in CA, USA to understand the surface electronic structure of RhSi and CoSi. The first thing to do was establish the bulk-boundary correspondence in this system. By studying the net number of surface state crossings on straight paths through momentum space (Fig. 3 in the Letter), we observed that the number of crossings changed by two when we swept the path through the Gamma or M point of the Brillouin zone. This suggested the presence of topological chiral fermions in the bulk with chiral charge +/- 2 that were pinned to high-symmetry points of momentum space. We also studied a circular path enclosing the topological chiral fermion at M and observed two crossings, both with negative Fermi velocity, indicating a chiral charge of - 2 in the bulk (Fig. 4 in the Letter). To further confirm our result, we repeated our Fermi arc analysis for the rhodium silicide, RhSi (Extended Data). In parallel to our Letter, we nailed down our theoretical understanding of this fascinating phase of matter, using density functional theory to predict the topological properties of RhSi and CoSi as well as developing a general, powerful theory that allows us to understand topological fermions in all chiral space groups.

The implications of these exotic particles extend far beyond the topological chiral fermions in RhSi and CoSi. In fact these findings shine light on multiple recent puzzles in topological physics. In the context of higher-fold chiral fermions they represent new topological quasiparticles. In addition, the materials are the first near-ideal topological chiral semimetals and they provide the first example of a topological semimetal exhibiting helicoid Fermi arcs. In connection with this work, we also predicted the quantized photocurrent that has recently been experimentally observed in this family, potentially a critical step in advancing photodetection and sensing applications. 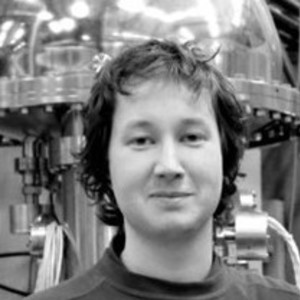