For an electrical engineer and material scientist it can be very scary to venture into a new topic such as neuroscience, specifically because it involves a system that is very complex, the brain, and where the classical education in physics, chemistry and electronics rarely provides one with the toolset to understand or even probe its function. Discovering however that neuroscientist developed biological tools, called optogenetics, that allow for the control of specific cells through light, brought somewhat of a common ground: the control and delivery of light, a language that electronic engineers and material scientists can understand. The lack of contemporary tools that can deliver light efficiently to a target deep in the brain with means that are compatible with a freely moving test subjects, motivated us to help to drive devices that bring new capabilities into the hands of the ever-growing community that uses optogenetics to uncover the fundamental working principles of the brain and the peripheral nervous system.

The discovery that light sources, specifically light emitting diodes can be shrunken down to sizes that enable the direct injection into the brain, brought significant advantages over systems that use optical fibers to direct light into the brain. Firstly, devices with sizes that are smaller than optical fibers can be realized. This reduces impact and damage on the biological system. Secondly, and maybe even more important it provides means to deliver power to the devices without using a tether, through means of energy harvesting using various technologies such as resonant magnetic coupling, or miniaturized solar cells. This is a significant realization because experimental outcomes in most neuroscience, physiology and psychology research relies on measuring animal models’ behavioral changes, hence a tethered connection hinders an accurate measurement with respect to an unaffected benchmark.

In our latest work, that can be found in the December edition of Nature electronics, address these challenges and presents a platform that enables advanced control over light delivery regardless of position of the animal model in the experimental arena in a format that is compliant with full subdermal implantation.

Specifically, we introduce new concepts involving a multiplexed antenna scheme that allows for uninterrupted, stable operation of the implant, independent of both spatial position and angular orientation. The resulting omnidirectional resonant magnetic field provides an energy source that reliably powers many implants.

We also demonstrate full control over the optical output intensity and multi light source implants by including digital control to the wireless and battery free implants without adding significant amounts of weight or size to retain a fully implantable from factor. Given this high degree of control, these tools now become an interesting proposition to be used in conjunction with other analysis tools, such as imaging methods that do not require to sacrifice the test subject.

Here CT and MRI are widely used, however provide hostile environments for electronic devices, namely radiation and high static magnetic and high-powered radiofrequency fields. By optimizing the components and layouts on the implants we support operation and imaging capabilities with both MRI and CT for the first time and are happy to report that both imaging capability and device operation is retained for both methods. This yields future capabilities for experiments leveraging these features and also streamlines analysis of animal models.

We hope that by introducing the combined advances shown in this most recent work neuroscience, physiology and psychology research can thrive with new experimental paradigms that where not possible due to the tethered nature of light delivery. 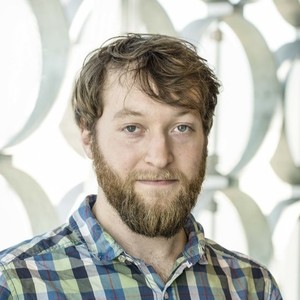