This work was inspired by our prior findings revealing that introducing an organic molecular nanolayer at inorganic thin film interfaces can lead to colossal increases in fracture energy under static loading [Gandhi et al, Nature 2007]. As we probed and unearthed the atomic-scale chemical mechanisms of how the organic nanolayer subtly and unobtrusively, but surely, profoundly alters the dynamics of interfacial crack growth [Kwan et al, Scripta Materiala 2016, Jain et al, Phys. Rev. B 2011], and transport properties [O’Brien et al, Nature Materials 2013] we began asking “what aspects of the mechanical properties would be important if such molecularly-induced toughening were to be used for the practical applications, e.g., in energy and electronics”.

Our discussions led us to presage two important features. First, many emerging applications will involve thermomechanical cycling induced by electrical, thermal and/or mechanical stimuli. Second, introducing strongly-bonding molecules at crack tips can potentially serve as healing agents that could arrest, or even repair, crack growth, during compressive portions of thermomechanical cycling and lead to additional toughening. Accordingly, we hypothesized that treating inorganic heterointerfaces with a strongly-bonding organic nanolayer should increase the fracture energy during cyclic loading.

Since fatigue behavior of thin film composites with interfaces that were deliberately modified with a single organic nanolayer had never been studied before, we were excited at the prospect of testing our hypothesis. Even before we commenced our experiments, we anticipated encountering completely new phenomena that we may not have thought about, as is typical when wandering into uncharted territory. Indeed, our experiments broadly affirmed the hypothesis that a strongly-binding molecular nanolayer can enhance the interfacial fatigue energy at certain frequencies, but in a much more exciting way than we had conceived. In particular, our hypothesis turned out to be right that toughening happened only at interfaces that were modified by a strongly-binding molecular nanolayer, due to interfacial strengthening which was sensitive to the environment.

We had, however, not anticipated that the fatigue energy would be greater than the static fracture energy. Nor had we anticipated that the interfacial toughening magnitude and frequency characteristics were determined by the rheological response of a non-proximal polymer epoxy layer (which was used merely as a means to glue two Si wafers comprising our cantilever beam). After initially being flummoxed by these results, it dawned on us that we had probably uncovered a new paradigm in reliability engineering.

We were thrilled to have stumbled upon the synergistically beneficial effects of molecular nanolayers and appropriately chosen polymeric properties. We recognized that instead of limiting the scope of composites in applications by avoiding certain loading regimes and defining safe/unsafe conditions, as is often the case, our discovery can actually make the composite more robust under just the conditions we have traditionally tried to avoid. Thus, we expect that future investigations building upon our discovery will enable composite materials with expanded scope and performance that thrive under loading conditions that we would have at one time worked diligently to engineer around.

Our results on nanolayer-induced toughening during cycling loading in a layered composite also suggest possibilities of exploiting similar effects in composites in other filler-matrix configurations, geometries in a variety of soft-hard materials and molecular chemistries. Layered composites may still serve as an effective vehicle for unearthing and understanding such effects for different inorganic materials and molecular layer combinations to pave the way for rational molecular-tailoring of the dynamic properties of new types of dynamically responsive smart composites for applications.

An important feature of our work is the transdisciplinary collaboration involving researchers hailing from multiple nationalities and academic backgrounds, namely, physics, chemistry, mechanics, and materials science and engineering. The diversity of expertise sets and approaches allowed us collectively to broaden and deepen perspectives and knowledgebases, design creative experiments, recognize and probe anomalous and potentially transformative results from multiple angles, and explore new opportunities. 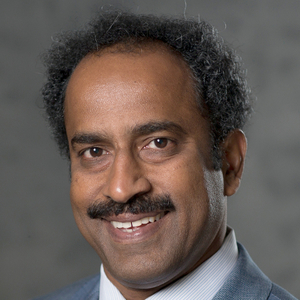