We have recently published in Nature Communications our work about using machine learning to include spectral variability effects on calculations of photovoltaic energy production.

Our main interest was finding out if the currently considered optimal sets of semiconductor band gaps are still optimal when the energy production, rather than the efficiency in standard conditions, is used as the optimization target. We found out they are not: a solar cell designed to break the current efficiency record will not be optimal when deployed in the field. This calls for defining new standards that include, at least to some degree, the effects of spectral variability, as well as the higher solar panel temperatures typically reached in field deployments.

Our work started off from a previous effort by one of us, Iván García, who during his stay at the National Renewable Energy Laboratory (NREL, USA) devised an statistical method to reduce yearly spectral sets with thousands of spectra to a few characteristic spectra that can be used as a proxy. These characteristic spectra are specific for each location. The method showed promise, but had only been tested with one particular solar cell design. That is when José M. Ripalda and Jerónimo Buencuerpo (IMN – CSIC, Spain) joined Iván García (now at IES – UPM, Spain) to refine the method and explore its applicability. Now the three of us continue separately our efforts to further develop multijunction solar cells, Ripalda and García in Madrid, and Buencuerpo now at NREL. The paper we jointly published was a brief detour from our mostly experimental lines of work.

With an eye still on mainstream flat plate devices, our main interest is concentrator photovoltaics (CPV), a field that as of late has suffered drastic funding cuts mostly due to the failure of most commercial ventures. But we remain convinced of the long term potential of this technology. It would not be the first time that a photovoltaic technology disappears from the market to make a comeback decades later. Bifacial solar cells were first commercialized by a spin-off company from IES – UPM. The company (Isofoton) survived for some time and got to be one of the top ten solar cell manufacturers, but only after shifting to conventional technology. Bifacial solar cells practically disappeared from the market. Four decades later, bifacial technology is back, and the International Technology Roadmap for PhotoVoltaics predicts that it will represent a yearly revenue of the order of a hundred billion dollars within a decade. In our paper we argue that bifacial technology can be combined with CPV, resulting in an energy production much higher that can be separately achieved with any of these two technologies. Costs would only be marginally higher, as solar cell costs currently represent a minor fraction of the total cost of photovoltaic energy production. 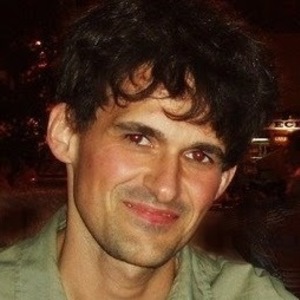