A sun-shading approach to enable refrigeration without electricity

By utilizing the highly directional nature of sunlight, we developed a passive cooling approach that blocks radiation from the solar disk while allowing access to the rest of the cold atmosphere. This directional approach that decouples solar reflectance and infrared emission overcomes the need for specialized nanophotonic structures and enables cooling below ambient temperature using everyday materials.
Bikram Bhatia
Research Scientist, Massachusetts Institute of Technology
Follow
Like Be the first to like this
0

It is likely you have used or seen others use a parasol as a sunshade on a hot summer day. The intention is to keep out sun’s intense radiation and reduce heat gain. However, this approach is limited in its capacity to provide comfort and cooling. In our work we demonstrate that a shade, if suitably designed, can not only prevent heating but also cool – even below the surrounding air temperature – without using any electricity.

We were inspired by past work on passive radiative cooling that relies on the high transparency of earth’s atmosphere in mid-infrared (mid-IR) wavelengths to cool terrestrial objects by radiating heat to the cold outer space – a concept that is key to maintaining a life-sustaining temperature on earth. While this phenomenon is well known in atmospheric sciences, it is only recently that they have been proposed for engineered cooling solutions mostly during the night. During the day, things tend to heat up due to the intense solar radiation. Some recent studies have demonstrated that it is in fact possible to achieve cooling during the day by rejecting nearly all radiation in the solar spectrum and emitting strongly in mid-IR. This is possible because solar radiation is confined to lower wavelengths (higher energy) and the radiation emitted by terrestrial objects as well as earth’s high-transparency atmospheric ‘window’ are at much at longer wavelengths (lower energy) and do not overlap. However, designing such cooling solutions are non-trivial and require specialized spectrally engineered photonic structures primarily due to the intense solar radiation.

In our work we relied on the fact that solar radiation is highly directional in the sky – something so well known that we intuitively know where to point the sunshade to protect from the sun. We quickly realized that since almost all the solar radiation is confined around the solar disk, we still have access to the cold upper atmosphere around the sun where we can emit radiation and achieve cooling. This concept allowed us to decouple the solar reflection and mid-IR emission, which was the main obstacle for previous work on daytime radiative cooling using photonic structures, and demonstrate passive cooling 6 °C below ambient temperature using simple materials like aluminum foil, thermal insulation and polyethylene sheet. We further show that cooling as low as 20 °C below ambient might be achieved using this approach – enough to meet modern refrigeration needs, without the need for electricity.

We believe this work can really take passive radiative cooling to the masses. In particular, we envision applications in safe storage of food and medicines in rural areas with limited access to electricity. And probably the best thing is anyone can build this cooler with simple guidelines and everyday materials. All you need is a sunshade and you are ready to cool! 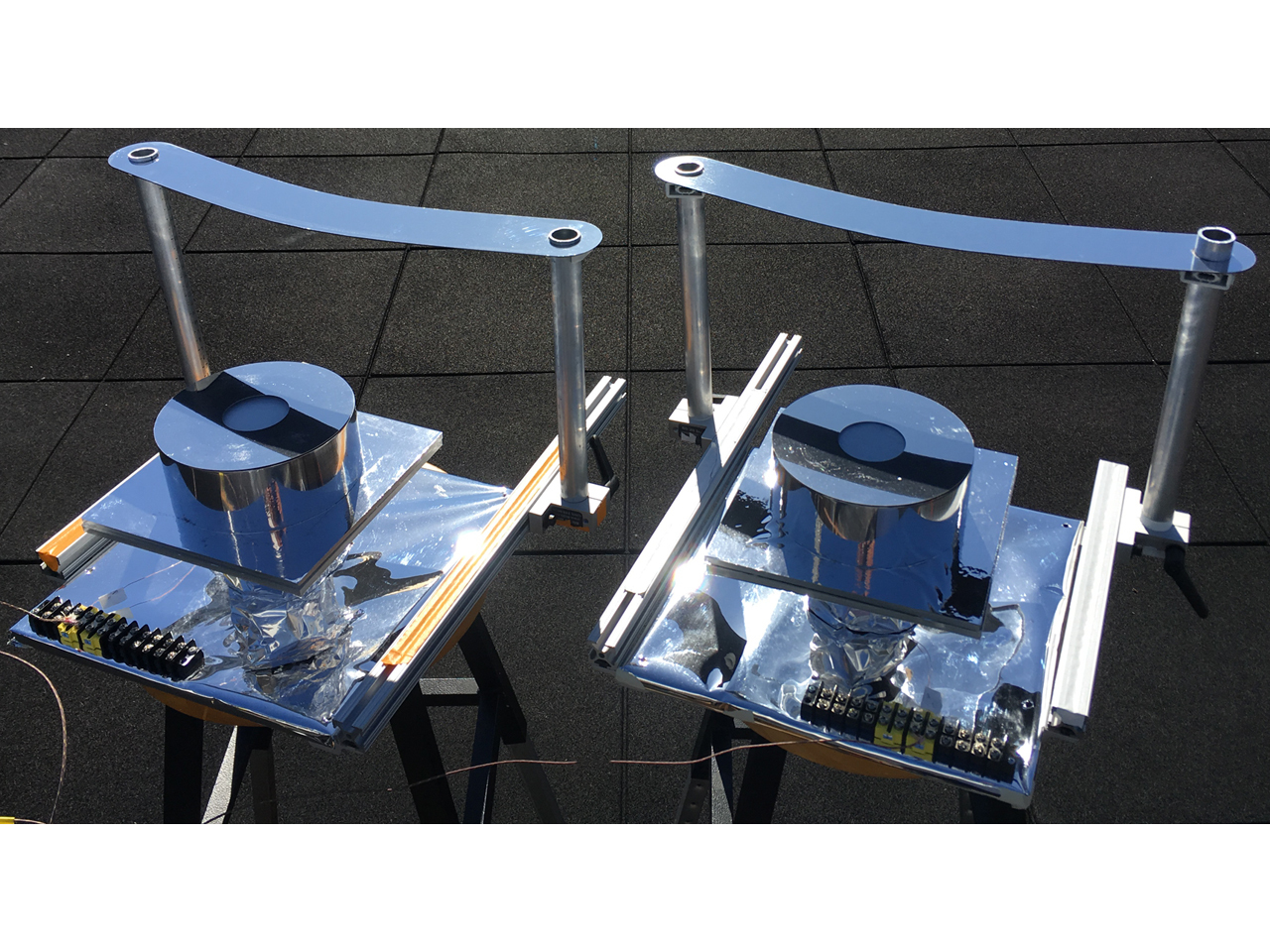 A sun-shading approach to enable refrigeration without electricity

By utilizing the highly directional nature of sunlight, we developed a passive cooling approach that blocks radiation from the solar disk while allowing access to the rest of the cold atmosphere. This directional approach that decouples solar reflectance and infrared emission overcomes the need for specialized nanophotonic structures and enables cooling below ambient temperature using everyday materials.