Electronic noise due to temperature differences in atomic-scale junctions: beyond standard thermal and shot noises

An electronic noise that is generated by temperature difference across nanoscale conductors is demonstrated. This noise may advance the study of heat transport in nanoscale systems and the design of future electronics.

The paper in Nature is here: go.nature.com/2OT2Nwh

One hundred years ago, the scientist and inventor Walter Schottky discovered an electronic noise in vacuum tubes. When Schottky applied voltage between two electrodes separated by vacuum, he found that the flow of electrons from one electrode to the other fluctuated. In this process, some of the electrons are successfully transmitted, while others are backscattered, leading to current fluctuations called shot noise. This noise, which originates from the granularity of charge carriers, has been used to reveal useful information about electrons’ behavior. Nevertheless, it is often regarded as an unwanted effect that deteriorates signals in electronic systems.

Less than a decade after Schottky’s discovery, a second type of electronic noise, called thermal noise, was characterized by John Johnson and Harry Nyquist. Thermal noise arises from the random thermal motion of electrons - even at equilibrium conditions, when current is not flowing. In contrast with shot noise, which is more pronounced as the size of electronic devices are reduced to the nanoscale, thermal noise affects both large systems and small ones, and its magnitude is proportional to the resistance and temperature of the conducting system.

Since the discovery of these two noise components, engineers and scientists have had to take the limitations they impose into consideration when designing electronic devices or performing sensitive electrical measurements.

In our recent work, we observed a different type of a fundamental electronic noise that can be significant in nanoscale systems. It is generated when there are temperature differences between different parts of a conductor or an electronic device, thus we name it "delta-T noise".  Similarly to shot noise, the delta-T noise arises from the forward and backward scattering of flowing electrons. However, unlike voltage-activated shot noise, it has a purely thermal origin.

The delta-T noise was identified and studied using single molecule junctions based on individual hydrogen molecules suspended between two sharp gold contacts. These junctions are probably the smallest electronic devices that currently can be fabricated, and they are useful “single-molecule labs” for learning about electronic transport at the atomic scale. Here, we applied a temperature difference across the examined junctions by heating one electrode to a higher temperature than the temperature of the other electrode, and measuring the time dependent current fluctuations in the junctions. The noise was then studied by comparing its measured properties against a theoretical formula, which we derived based on the quantum theory of charge transport.

Now that the delta-T noise has been identified and its properties have been studied, it can be put to use in different applications. Specifically, delta-T noise can be employed to measure temperature differences at the nanoscale without the need for fabricating sophisticated nanoscale thermometers. Such measurements are useful for the study of waste heat conversion to electric power, heat pumping by quantum devices, and heat dissipation in miniaturized electronic devices and electronic circuits, which are all important processes with relation to the grand challenge of achieving sustainable energy production and energy saving.

The new findings may also have implications on the electronics industry: Temperature gradients tend to develop unintentionally in electronic circuitry and computer chips. In such systems, delta-T noise can be generated, especially when the size of electronic devices is reduced to nanometers. Until now, electrical engineers have not been aware of the delta-T noise. Now, the discovery of this performance limiting factor can help in reducing its undesired contribution, for example, by encouraging careful design that reduces temperature gradients in electronic circuits. 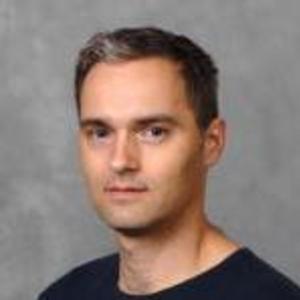