How fast can you free an electron from a solid?
Marcus Ossiander
Researcher, Max Planck Institute of Quantum Optics
Follow
Like Liked by George Orji
0

Our paper can be found here: Absolute timing of the photoelectric effect.

It takes a mere few to a few hundred attoseconds (1 attosecond = 10-18 seconds = 0.000000000000000001 seconds) between the absorption of an x-ray photon by matter and the release of a photoelectron. This incredible minuteness caused a delay of more than a century between the first observation of the photoelectric effect by Hertz and Hallwachs and the first direct measurement of the timescale it proceeds on by Cavalieri et al. in 2007.

When we set out to measure the absolute delay between the moment of arrival of x-ray photons at a solid surface and the emission of electrons, we experienced first-hand how fast electrons really proceed. The basic idea of our experiment was to create photoelectrons using a short extreme-ultraviolet light pulse and record their time of birth with a coincident probe light field. The devil is in the details: to achieve an absolute measurement, the probe field and its timing relative to the extreme-ultraviolet pulse must be known with attosecond precision. Because the measurement light field changes during propagation and in the vicinity of the sample, we had to determine it in-situ: by adsorbing atoms – in Ångstrom proximity – on the examined surface. There, they can be used as ‘light stopwatches’, which determine the exact probe field and delay, allowing to follow electrons exiting the solid in the time domain.

We then realized that even the fastest accessible processes, e.g., photoemission from an atom, exhibit reaction times of a few attoseconds. In hindsight, these would have distorted the obtained results by a multiple of the achieved error bars. To overcome this, we combined three experiments to obtain the absolute emission timing of a tungsten surface:

The final data reveals that electrons in tungsten behave very differently depending on their origin: While tungsten core electrons are well described by the semiclassical three-step-model, valence electrons can exit the crystal much faster than expected. This is caused by the first tungsten layer interacting much stronger with the extreme-ultraviolet light than the subsequent layers. Interestingly, at the probed kinetic energies, all electrons move like free particles and seem to defy the speed dictated by the band-structure. Only after the experiments, we realized that in the process we had created the tools allowing to disentangle electron emission from the surface and adsorbates on it. We now hope that extending attosecond spectroscopy to interface systems used, e.g., in organic solar cells or heterogeneous catalysis, will allow understanding the attosecond dynamics of this vast class of technologically relevant systems.

When materials scientists create new substances, they often turn to photoemission spectroscopy to explore their electronic properties. Examining the energy and angle distribution of the electrons exiting a material after irradiation by UV- or x-ray-photons provides abundant information – such as the material's band-structure and excitations – but unravels only one side of the nature of a wave particle. The exact timing completes traditional photoemission spectroscopy by providing the phase of photoelectrons and therefore direct access to the birth and transport of electrons in a crystal - or in adsorbed molecules and complex layered systems. 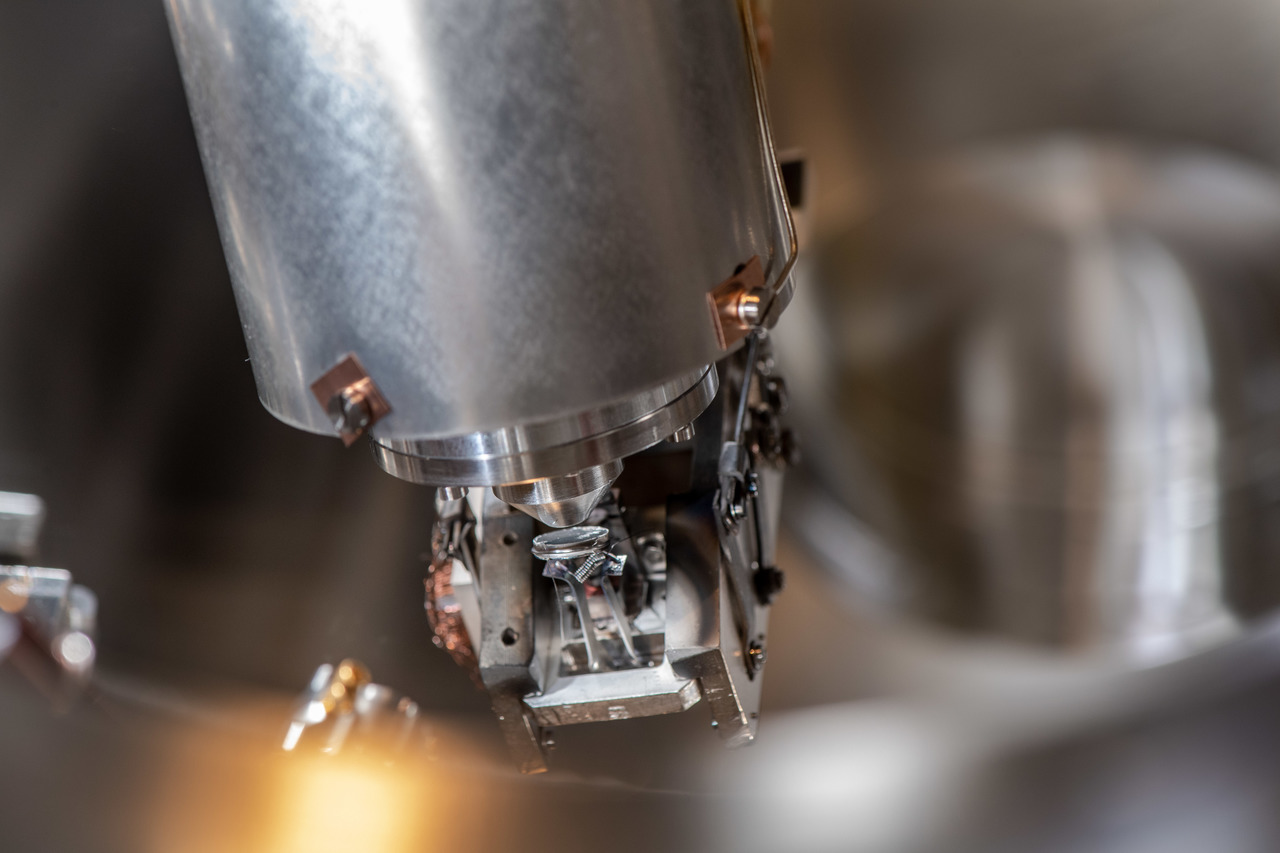 How fast can you free an electron from a solid?