The assumption that a single photon creates only one electron–hole pair, known as the Shockley–Queisser limit, placed for a long time an upper bound on the efficiency of organic photovoltaics (OPVs). A significant breakthrough in the field was the discovery of the occurrence of singlet fission (SF) in acene derivatives, whereby one photogenerated singlet exciton split into two triplet excitons, generating two charge carriers for harvesting.

In order for SF to be thermodynamically favourable, the singlet exciton excitation energy (ES) should be larger than twice the triplet excitation energy (ET), or at least not too much smaller, and this energy criterion excludes most organic chromophores. Moreover, it was postulated that a singlet exciton with charge-transfer (CT) character, with the electron probability density concentrated away from the hole position, would be more suitable for intermolecular SF, facilitating coupling with triplet excitons in neighbouring molecules. As such, a lot of effort is being directed towards exploring new SF candidates among polycyclic aromatic hydrocarbons (PAHs), with theoretical schemes based on many-body perturbation theory being key predicting tools for screening target materials with regards to their excitonic properties.

Recently, Marom and collaborators, inspired by the observation of SF in various rylene derivatives, investigated the possibility of SF in crystalline perylene and quaterrylene. The excited state properties were described according to state–of–the–art many-body perturbation theory within the GW-BSE formalism, with a new double-Bader analysis method for quantifying the degree of Frenkel versus charge-transfer (CT) character of the exciton wave-function. Once the hole position is fixed, the two-particle wave function from a BSE calculation becomes an electron charge-density with only one-electron position variable, which is then considered for different hole positions in the double Bader analysis. Interestingly, the results of this analysis enable to relate the exciton probability distributions to crystal packing motif.

The SF efficiencies of two polymorphs of perrylene and quaterrylene were compared with those of other organic crystals (pentacene, tetracene, rubrene) that are known to perform as SF materials. This was achieved by considering a two–dimensional descriptor based on maximizing the energy conservation criterion (ES–2ET) and the degree of charge-transfer in the lowest singlet exciton (%CT), which revealed trends across chemical families. For acenes and rylenes with the same crystal packing, the larger molecules are more likely to exhibit SF. Based on the two-dimensional descriptor, quaterrylene is ranked as a close third with respect to SF efficiency after pentacene and monoclinic rubrene. From a device perspective, quaterrylene could offer further advantages because of its high stability and narrow optical band gap.

Laura Zoppi
Associate Editor, Nature Communications
Follow
Laura joined Nature Communications in February 2018. Laura completed her PhD in Physics in 2003 at University of Cagliari working on Monte-Carlo algorithms to evaluate hydrogen storage capabilities in nanostructured carbon materials. After a first post-doctoral experience she was appointed as Senior Research Associate at University of Zurich, where she received the Habilitation in Computational Material Science in 2014 working on novel carbon materials and hybrid interfaces for energy application. She handles manuscripts on computational material science, material chemistry. Laura is based in Berlin´s office. 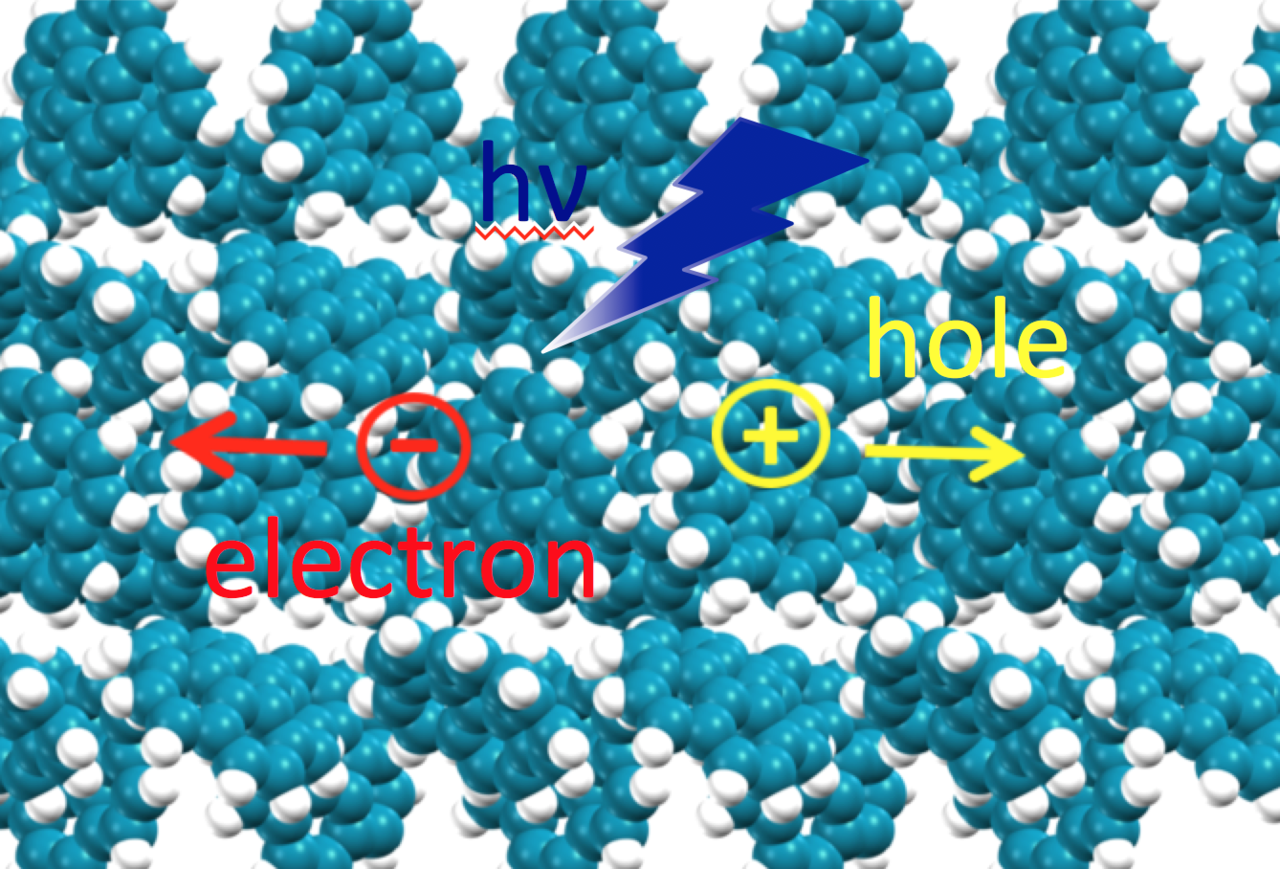 A recent article in the Journal of Chemical Physics reports a new methodology to evaluate the percentage of charge-transfer character in crystalline quaterrylene singlet excitons.