The light-induced negative differential resistance was first found in gated graphene-silicon hybrid photodiode. We verified the mechanisms by studying the gate-controlled diode and large peak-to-valley ratio of 12.1 has been observed at room temperature.
Yang Xu
Professor, Zhejiang University
Follow
Like Liked by Ben Johnson and 2 others
0

The light-induced negative differential resistance (L-NDR) is a relatively rare phenomenon. In our experiment, the L-NDR was first found in the photocurrent of graphene/silicon (Gr/Si, or GS) photodiode with graphene partially covering the SiO2. As we know, the Gr/Si junction is well-studied for its high quality, which is promising for photodetectors and solar cells. To study this “abnormal” L-NDR behavior, we proposed an upgraded device called gate-controlled Gr/Si photodiode, which was inspired by the gate-controlled diode (GCD) presented by Fairchild Semiconductor in 1968. The conventional GCD is constituted by a metal-oxide-semiconductor (MOS) capacitor with a p-n junction or a Schottky junction. Such a GCD structure is an important platform for studying the surface generation and recombination at the Si/SiO2 interface. Moreover, this surface generation or recombination has been demonstrated to be the reason for the possible NDR effect, which can be further used in applications such as oscillators and memories. Considering this, we thus investigated the GCD based on the Gr/Si photodiode, and similarly, discovered that this L-NDR is highly related to the Gr/SiO2/Si (GOS) structure.

Our GCD structure was realized by separating GS and GOS regions with 30 μm gap in graphene, it provides three different connection modes for resolving the current contributions from both regions: (i) the “floating gate” mode with gate disconnected and GS diode biased; (ii) the “shorting gate” mode with gate and GS diode shorted; (iii) the “transfer” mode with gate and GS diode independently biased. Interestingly, we found two distinct L-NDRs in the photocurrent of “shorting gate” mode. By comparing its transfer characteristic with the capacitance-voltage (CV) characteristic of the gate, we determined that the first and second L-NDR are located in accumulation-depletion transition and inversion region, respectively.

To explain the first L-NDR, we realized that when the Si surface in the gate region is not fully depleted, the transport of the photo-holes along the interface is dominated by the diffusion. During this ambipolar diffusion process, portion of electron-hole pairs recombine along the SiO2/Si interface. Therefore, we measured the spatial photocurrent along the GOS region and extracted the total recombination lifetime τ. Then, we used Shockley-Read-Hall (SRH) model to fit τ as a function of the gate voltage Vg, which shows a good agreement. Thus, we attribute the first L-NDR to the gate-dependent surface recombination. Large peak-to-valley ratio (PVR) of 12.1 has been observed at room temperature for this first L-NDR.

For the second L-NDR, the transport of photo-holes is mainly dominated by drift rather than by diffusion, as the photocurrent shows weak light position dependency. We performed numerical simulations for cases with and without gap in graphene. The simulated current-voltage characteristics also give the L-NDR phenomenon, and are consistent with the experimental data. To answer the question of such current reduction in L-NDR, we obtained the photo-hole current distribution, which shows an apparent change of current direction when the gap is present, i.e., the photo-hole current is impeded by the potential barrier formed in the gap region, giving the second L-NDR.

Through a different design of the typical GS photodiode, we found two rare L-NDR effects and systematically studied the physics behind this phenomenon. As the large PVR has been obtained at room temperature, we believe this L-NDR device may have applications in novel photodetectors, photo-memories and position sensitive devices.

Yang Xu (FInstP)
Professor, Zhejiang University
Follow
Prof. Yang Xu is a Fellow of the Institute of Physics (FInstP, IOP Fellow), IEEE NTC Distinguished Lecturer and IEEE Senior Member of the Electron Devices Society. He received his B.S. degree in Institute of Microelectronics at Department of ECE from Tsinghua University, M.S. and Ph.D. degrees in ECE from the University of Illinois Urbana-Champaign (UIUC), USA. He is now a full professor at the School of Micro-Nano Electronics, Zhejiang University, China. He was also a visiting by-Fellow of Churchill College at the University of Cambridge, UK, and a visiting professor at the University of California Los Angles (UCLA). He has published more than 120 papers including Nature Nanotechnology, Nature Electronics, Nature Photonics, Chemical Reviews, Advanced Materials, Chemical Society Reviews, Nature Communications, Nano Letters, ACS Nano, and IEDM,etc. He holds over 30 granted patents and gave more than 50 talks in international conferences. He is also served as Associate Editor of IEEE Nanotechnology Magazine, Microelectronics Journal, Micro & Nano Letters, and IET Circuits, Devices & Systems, Advisory Panel Member of IOP Nanotechnology, and was TPC committee members of IEEE-EDTM, IEEE-IPFA, and IEEE-EDAPS conferences. His research interests include emerging 2D/3D integrated optoelectronic devices for Internet-of-Things and Post-Moore Ubiquitous Electronics.

Neuromorphic device based on silicon nanosheets 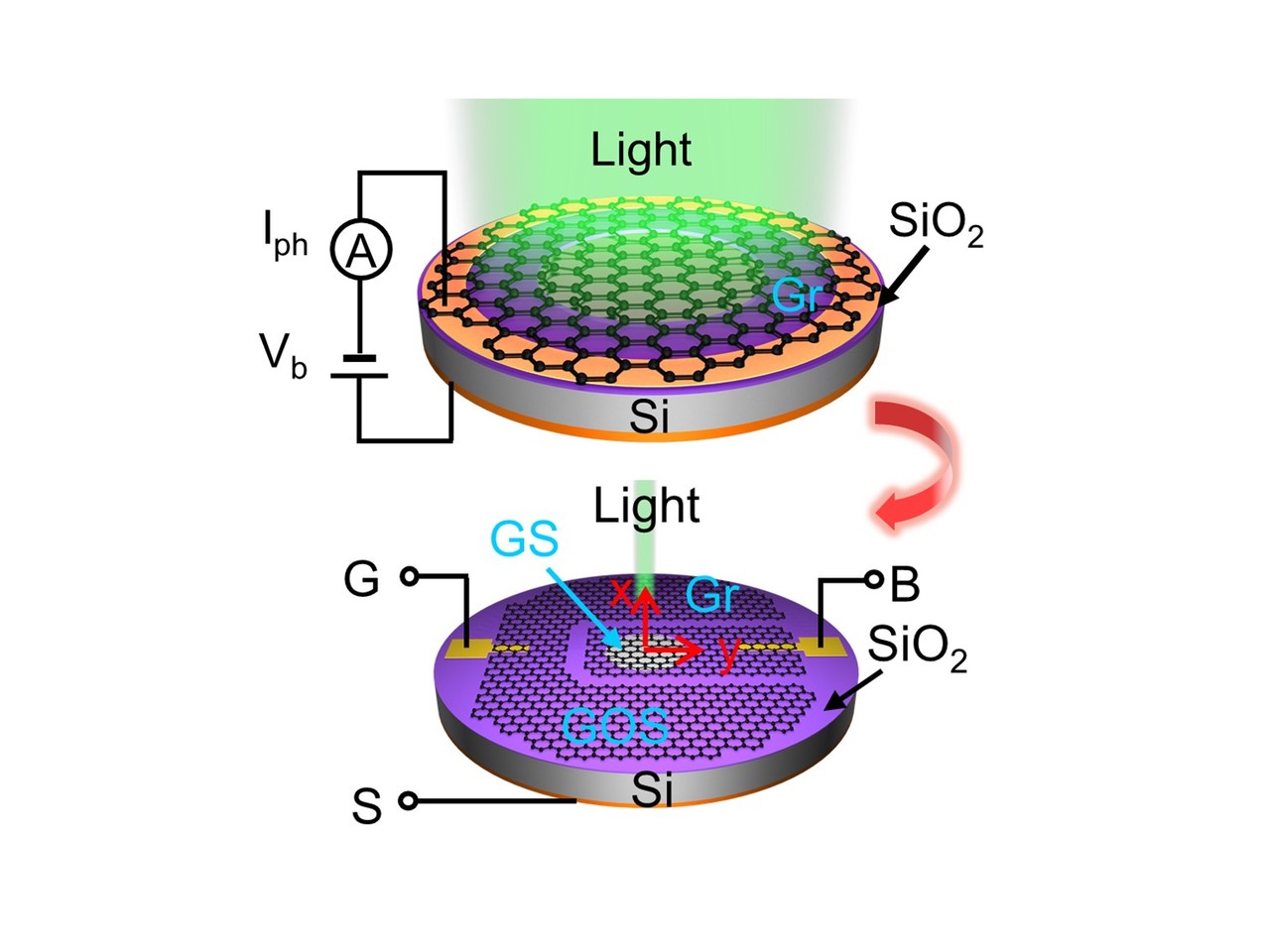 The light-induced negative differential resistance was first found in gated graphene-silicon hybrid photodiode. We verified the mechanisms by studying the gate-controlled diode and large peak-to-valley ratio of 12.1 has been observed at room temperature.